This image is part of the qualification procedure for HGB, the academy of visual arts in Leipzig, which, back then in 1985, had to be completed within a week.

I really wanted to study at HGB. It was the only school for photography in the GDR, accepting only four new students per year. 1985 was the second year I applied, and I finally was invited to take part in their qualification procedure. Twelve candidates had to work on the assignment “to wait, to encounter, to rush.” That meant: three days of taking pictures in Leipzig, one day to develop the negatives and prints, and a final interview on Friday. Each and every- one of us was assigned to a darkroom, which we were allowed to use until 7pm.

When I was about to leave on Thursday evening I discovered that the school doors were already locked for the night. An opportunity to develop a few more prints. Later that night I got six chairs from an unlocked room adjoining my darkroom, put them next to one another, and covered myself with an old lab coat to get some rest. It was February and freezing cold. The heaters wouldn’t be turned on until the next morning. The windows were dilapidated, so the temperature inside the building and outside was almost the same. Fortunately there were heating plates for steadying the temperature of the developing trays, which I slid under my chest. Ten minutes later they got too hot, so I had to remove them. After cooling them down for another ten minutes, I would slide them back under my chest. I spent the rest of the night doing that, not getting any sleep. However, I was very confident for my interview the next morning. Out of my ten photos I liked this one the most. 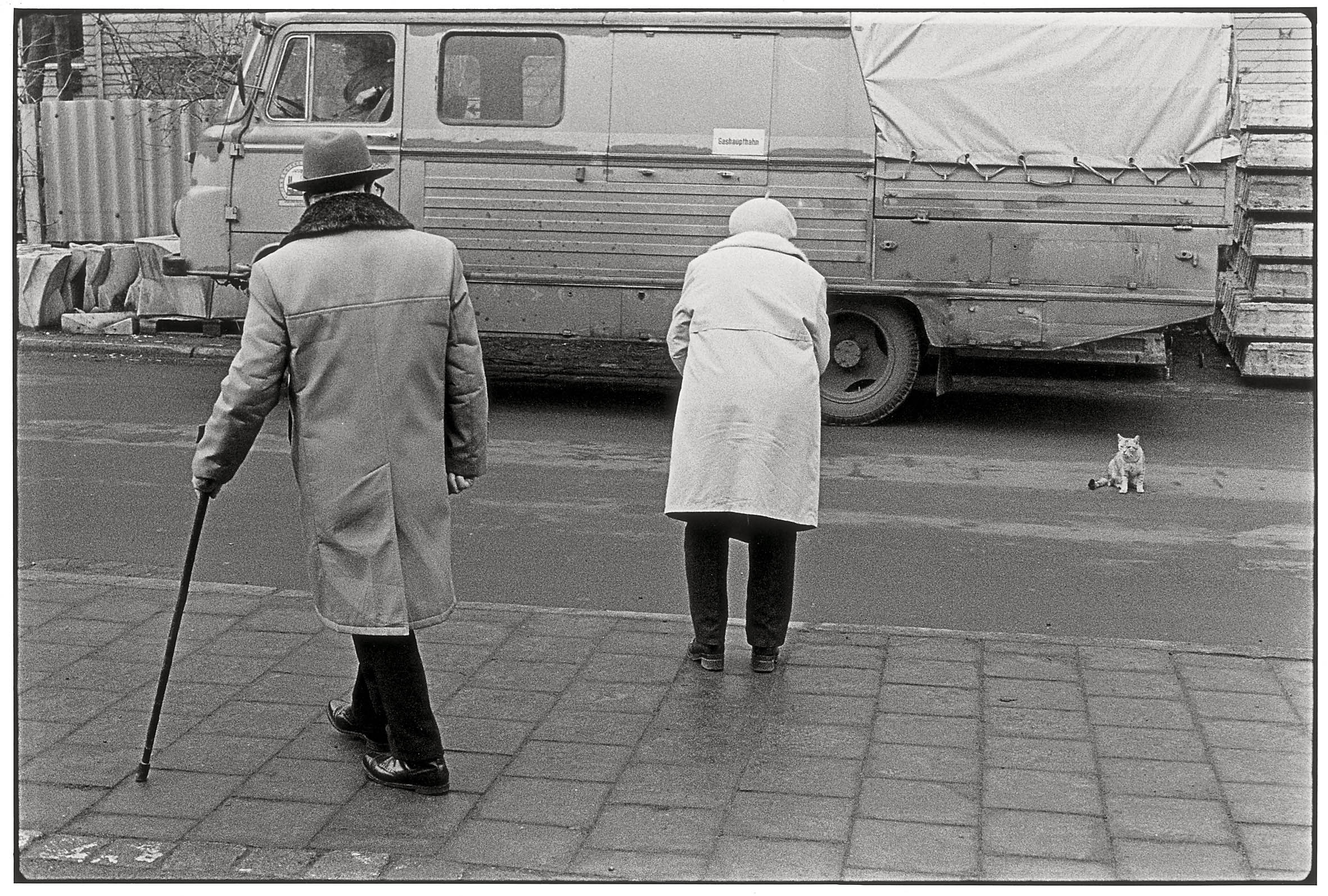 Hans-Christian was featured in Romka 8 in 2013.