This image was taken during my time at art school in San Francisco. I was using a Yashica T4 at the time. It was a pretty great camera that I found in a bargain bin in the middle of nowhere in Florida for $4. I actually dropped it off a cliff once, and it miraculously, if barely, still works.

The night I took this picture I had been snapping away, taking more and more ridiculous pictures as the night wore on and the alcohol flowed. My friend was the host, and he lived with a middle-aged woman who had lived in the city for decades. The apartment was full of history, with old art and old furniture and vintage books about sex. I had met the guy in the photograph an hour before I took his picture. His name is Cutty Jack. Super nice guy, but real mysterious. I would later hear rumors how he’d once killed a man. The party was winding down and we were sitting there talking, and I noticed this floor lamp between us. I thought it would make for a nice composition if it divided his face. But when I looked at the developed negative the shadow from the flash took me by surprise. His left eye, shrouded in mystery, impeccably echoed the vibe I got from him. While it was a total accident, I think it makes the picture. It defines his two sides. The kind and light-hearted side and the darker, twisted side. 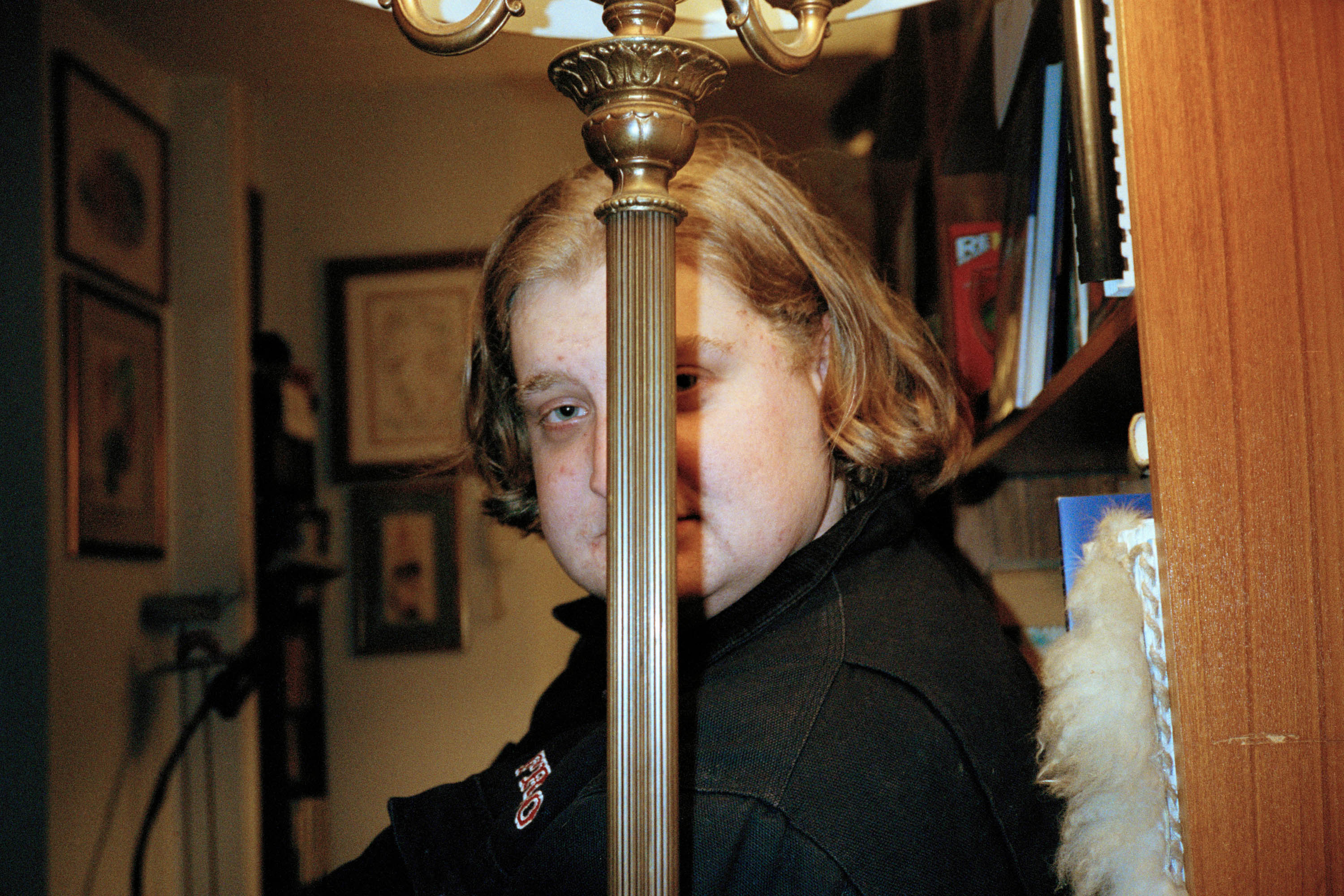