This is my sister and her daughter in Mumbai. It had been a year since her divorce was registered. About nine years ago, she married outside our religion. It was a big thing considering the fact that we belonged to a family with a deeply rooted faith in our religion. Seven years into the marriage, she decided to call it quits. It was rather her decision than her husband’s. She never told us the reason why. All we knew was that she was the one who loathed endings of any kind and especially those in relationships.

This picture was taken in August 2016 when I went to see her. During my stay, we talked about mundane things, but not about what we were actually supposed to talk about. I couldn’t get into her state of mind. She was distant, and I was still trying hard to initiate a difficult conversation.

I took this picture when I was about to leave for the airport. It was dark when I took it. I left for the airport depleted till I looked at the picture on the flight. There was so much assurance in the way she embraced her daughter in her arms. Assurance that she still embraced love and hope. 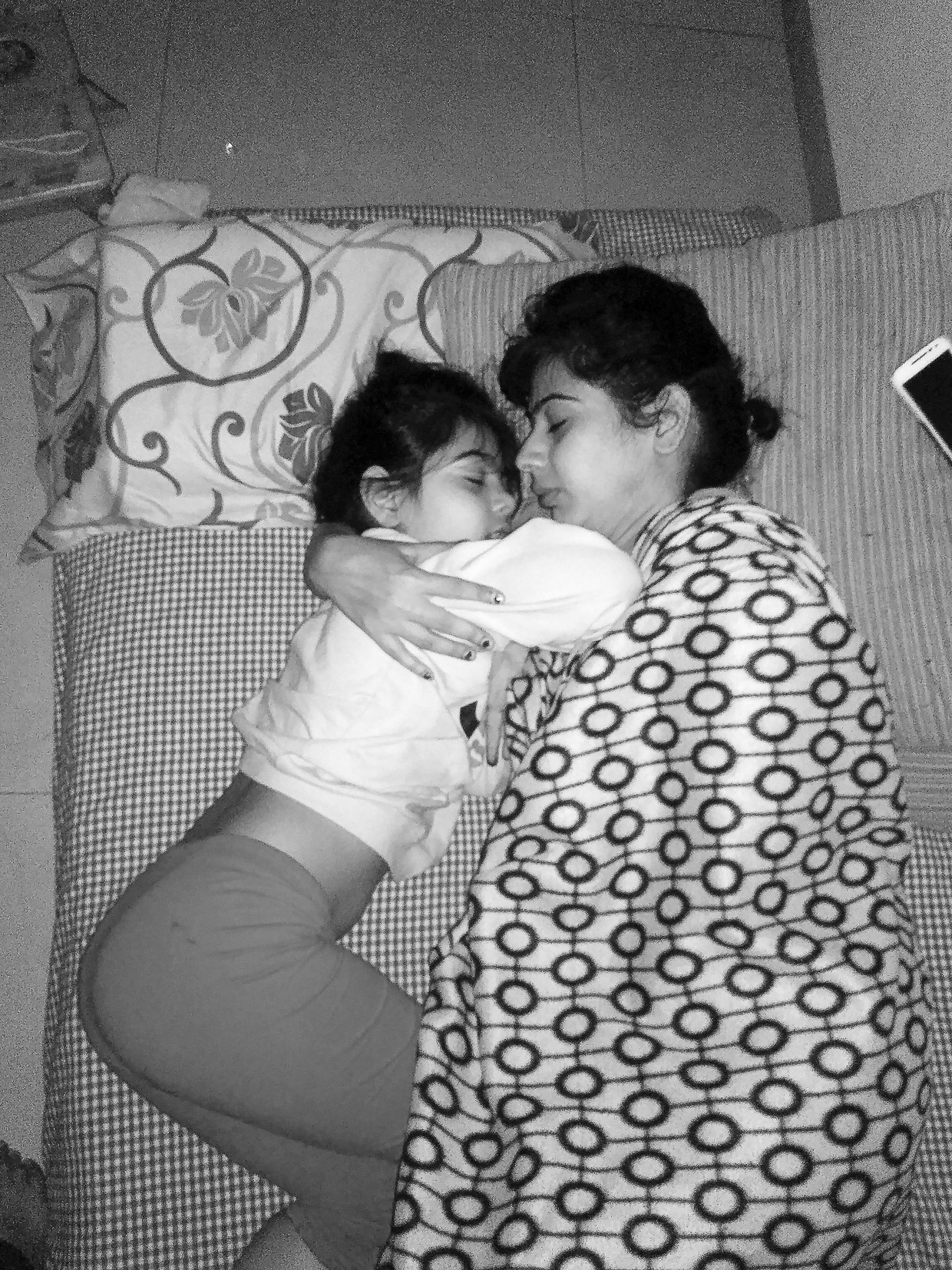