On May 9th, 1984, my older brother Brian was riding his bike home when he was hit by a car and was killed. The accident happened only a few blocks from our house, which allowed my mother to rush over and speak with him before he died. The last conversation he and my mother had was on the street and was about the condition of his glasses. He couldn’t see anymore. It was my mother’s birthday.

Over the years, I have thought a lot about this event and how it would go on to shape the rest of my family’s history. I’m a father of two young boys and knowing now how much love is poured into one’s children, I’m amazed that my parents were able to get out of bed the next day, week, or year. It’s a level of loss that I hope to never understand.

I don’t have a single memory of Brian. I do have a few vague memories of the day he died but none that involve him directly. My relationship with my brother mostly exists as the retelling of stories by my family. Some of which feel vivid enough that they’ve almost turned into authentic recollections, but I know their feeling of authenticity is derived from a longing to feel connected.

He did, however, exist to me in another way that was created as a result of my mother trying to cope with his death. He was transformed into light.

In our family room we had a cheap lamp that would change in brightness when any part of the metal was touched. For a large part of my childhood this is where I thought my brother lived. The lamp was sensitive to changes in static electricity and would change in intensity by itself often resulting in a scolding from my mother for Brian to “knock it off.” Every night I would say goodnight to the lamp as though it was my brother. I did not occur to me until I was a little older that this wasn’t something that everybody did. I didn’t realize that not everyone thinks of transformation in this way. That others didn’t realize that nothing is ever really destroyed, but it just changes form.

Years later, on April 3rd 2006, I got a call from my wife while I was at work. She called to tell me that my “Yale letter was here.” I had applied to the MFA Photography program, had an interview a month earlier, and now the news about whether I had been accepted had arrived. I asked my wife how thick the letter was and after a long sigh, she replied “thin.” She wanted to know if she should open it. I declined as I still had a couple hours to go at work and didn’t want to mope around with the reality of bad news. When I got home, I grabbed the letter off of the counter and was instantly struck with an odd feeling.

I had also applied to Yale two years earlier in 2004, got invited to an interview, but I was not accepted. I had read and re-read my rejection letter so many times that I became very familiar with the combined weight of the envelope and letter, almost like you would with the weight of your wedding ring. When I picked up this new letter, I noticed it was heavier, one piece of paper heavier, and I knew without opening it that I had gotten in. Thirty-four days later my father died.

My father, to a large extent, shares in the responsibility for the manner in which I take photographs. He was diagnosed with paranoid delusional disorder when I was in 2nd grade, but this information wasn’t revealed to me until after his death in 2006. His disorder had a big influence on how I view the world and opened my eyes to the potential relationships that exist when one is free of logic. It is hard for me to imagine making the types of images I do without the constant exposure to his description of the world during the most malleable time in my life. Although it didn’t feel this way at the time, it was a great gift.

The image that is accompanying this story obviously is not literally of my brother or my father, but, to me, it is a wonderful combination of my biography and its influence on my art making. It’s a great reminder as to why I am an artist and for the reasons why I have to make the type of images that I do; if I don’t make them, no one will make them for me. One time during a visiting artist conversation with Jem Southam, I was asked about how I started my “projects.” I told him that I tended to not have a defined project but instead thought of photography as if I was having a conversation with myself… but the problem was the other version of myself spoke Spanish, and I didn’t speak Spanish, but sometimes I was lucky enough to pick out a few of the words.

The image of the two boys throwing a light bulb stirs up many emotions in me and gestures towards something that I cannot describe through words. It’s the idea of trying to converse in a language that one cannot fully understand which leads to discovery beyond one’s imagination, how information gleaned from a photograph helps the unseen feel more tangible, and, most importantly, how it can make us reconsider our relationship to many things. My mother isn’t a photographer and doesn’t know much about art, but there is one concept that has had a lasting impact on my art making that I first learned from her — light isn’t limited to the literal. 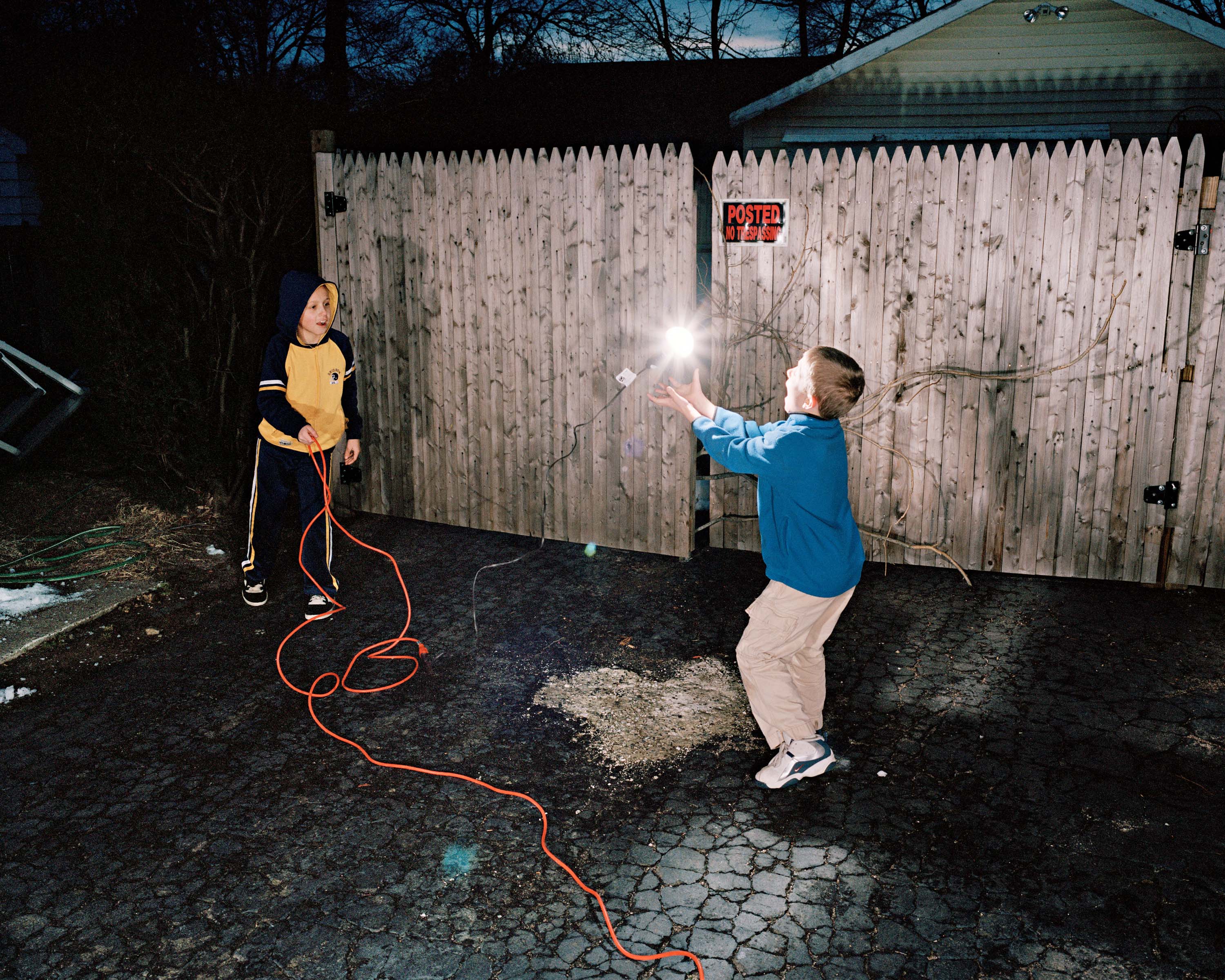