I took this photo on our honeymoon in Iceland. My wife and I had met a New Zealander in our hostel. He was hitchhiking through the country, and my wife, more cordial than me, offered to give this stranger a lift to our next destination. By morning, my imagination, fuelled by fear-mongering Western media, had gotten the better of me. I was convinced that this man, who, by his own account, had been travelling for ten years, was a dangerous fugitive.

We made our way to Dyrhólaey, a remote beach that is only accessible by an extremely hazardous road. (Indeed, on our way there, we passed a bus with a blown tire.) The ocean was deafening, the sand was black, and I feared our passenger would push us in. Of course, I was being paranoid and we were fine. After we left, I found out that he had lived in Thailand for six months and offered help after the tsunami hit. I felt like an asshole. This photo reminds me to always assume the inherent good in people. 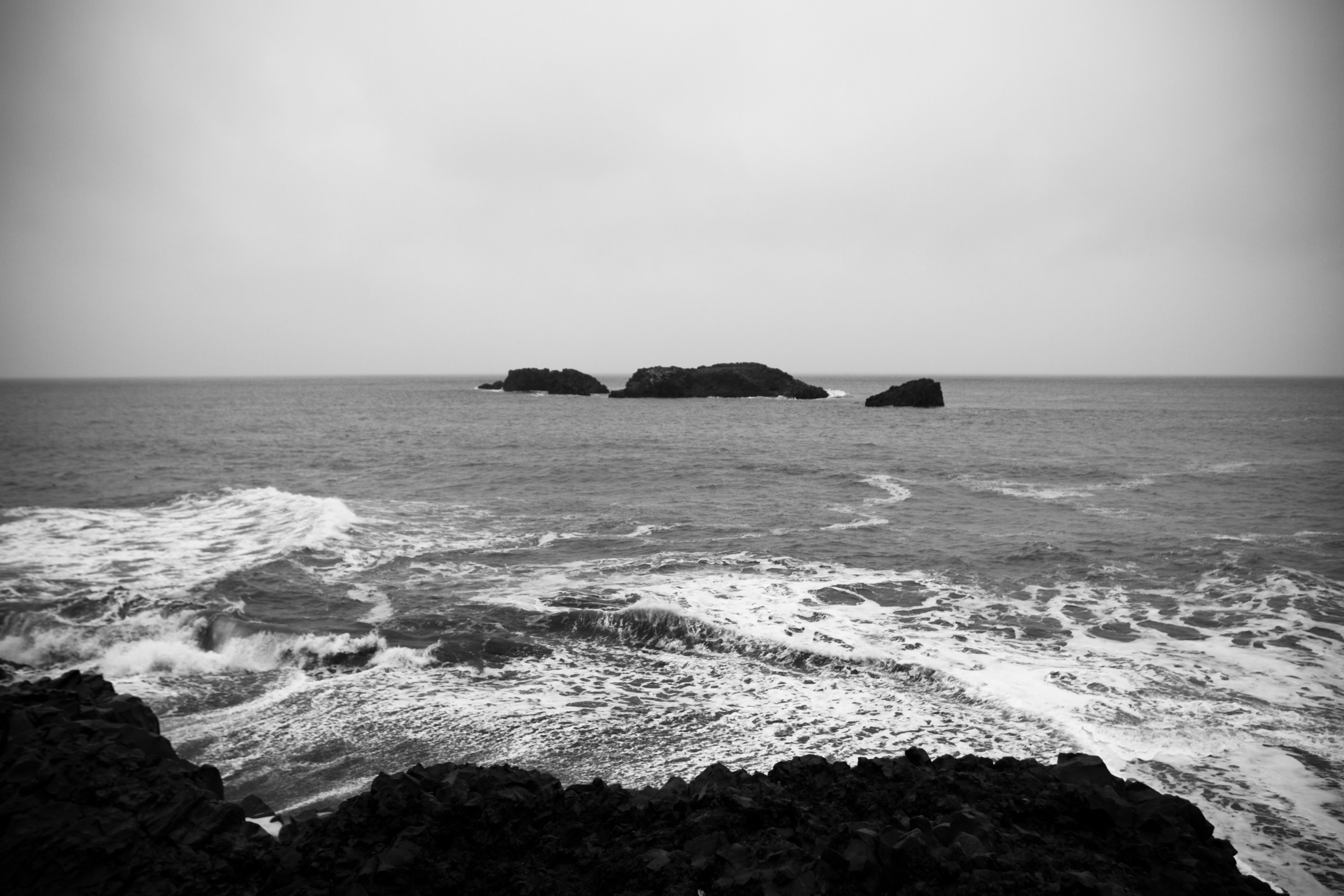