It was Tuesday, the 4th of July. I called my brother that morning, suggesting he should come and see Mom, for she was slowly disappearing. It felt as if it was only a matter of days that she would no longer be here. He arrived from Suffolk around 11am, and the sun shone brightly in a clear blue sky, the heat slowly building in our family house. My sisters and I had been awake for hours. We had bathed and dressed Mom, we had persuaded her as best as we could to drink some water, because she was no longer eating. The Macmillan nurses came to check on her earlier, changing her morphine driver — a little navy bag resting on her soft belly — that in those last weeks had become a permanent clicking sound that accompanied her every gesture. Her body moved in slow motion, pushing through a cloud of painkillers. She had begun to display a fragility, which made her so foreign, so unrecognizable to me, but despite the drugs and her frailty, there were moments of clarity, when she could see us all, when she knew us. She smiled. The agitation that she had been carrying for weeks had fallen away. It was as if she was announcing an acceptance, or resignation, that she could no longer fight the inevitable.

The image is blurred — I was crying and found it difficult to hold the camera steady. When Mom saw my brother she motioned for him to come closer to her. He wrapped his arm around her gently so as not to hurt her and leant into her neck to inhale her scent. His eyes welled up with tears. His voice broke when greeting her. My sisters gathered around them, and I ran to get my camera. Standing in front of the window with the light behind me, I began to take photos. The first photos were a little staged, because we all knew that these would be the last photos ever to be taken of her, and with her. We all knew and could feel how fleeting this moment was and therefore how important it would be.

Her skin is papery and frail — as if it can no longer hold her together — the membrane between living and dying waning, losing its ability to separate life from death. The photo was taken in my mother’s bedroom, everyone was perched on the end of the bed which faced the window and through which you could see the blue sky and trees in the distance. The camera did not separate me nor did it distance me from what was happening. I was an invisible participant in all that was going on.

I am struck by the tenderness in the photograph, the feelings that are being shared, and I respond to the intimacy, to the vulnerability. I look at this photograph and I remember the passage of dust in the sunlight, the morphine driver click that disrupted the silence, the momentary elation in the face of such a life-changing course of events, the hugeness of the moment that is being levelled out by taking a family portrait. 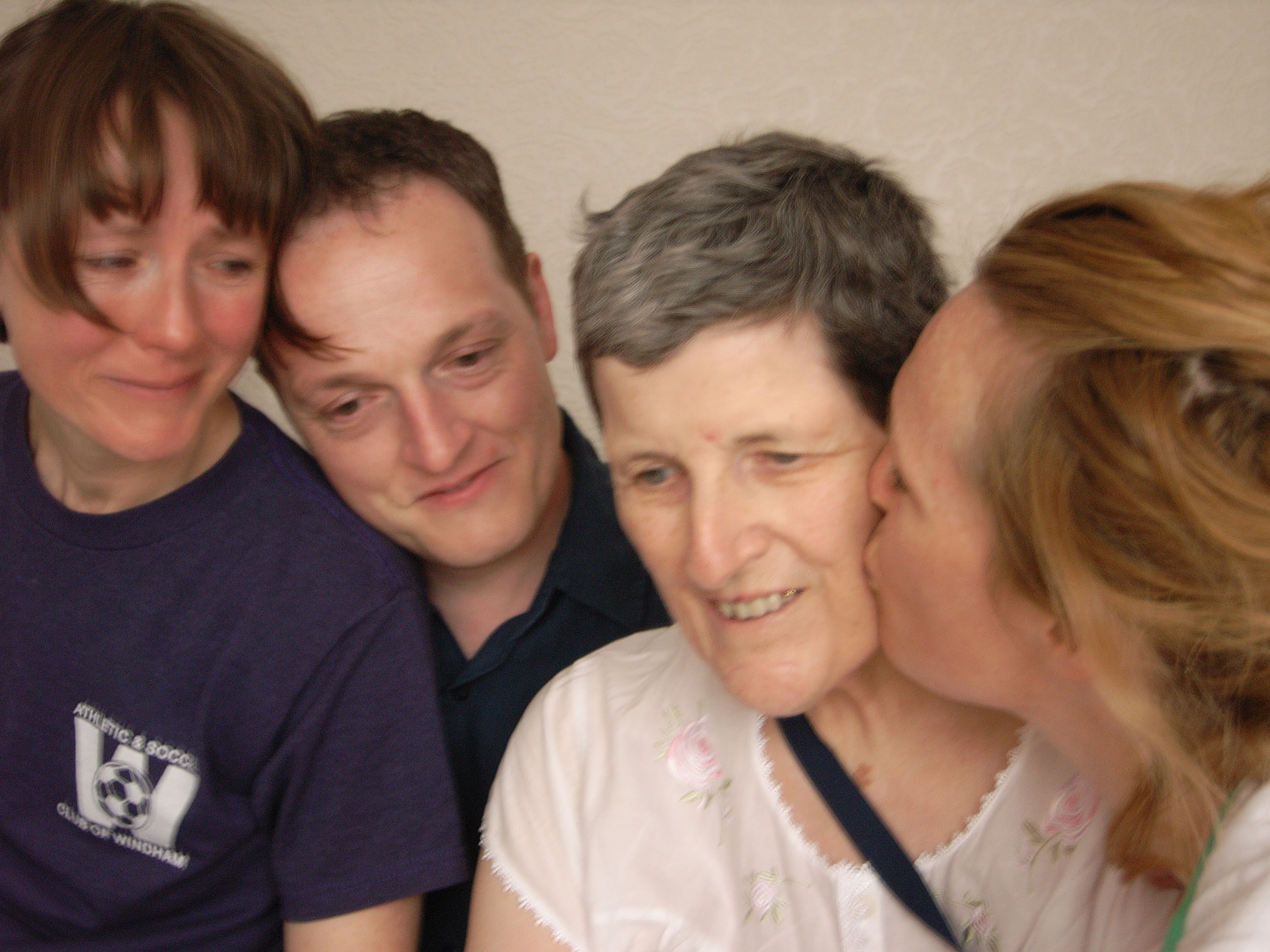