I saw this man waiting in the underground station as I came down the escalator. He was alone, confused, if not a bit terrified. His piercing gaze totally captivated me. He kept searching the crowd, but he obviously couldn’t find the person he was looking for. I walked past him, then I decided to turn around again, but then kept walking, and then I finally went back to ask him if I could take his photograph.

At first he didn’t understand why anybody would want to take a picture of him. He explained that he was waiting for his wife, then started flirting with me in a subtle, charming “Austrian old man” kind of way, which I kindly ignored. After I took about four pictures, his wife arrived. She was also obviously confused by who I was and why the hell I was taking pictures of her husband. I’m still amazed by the combination of bewilderment and fearlessness in his eyes. 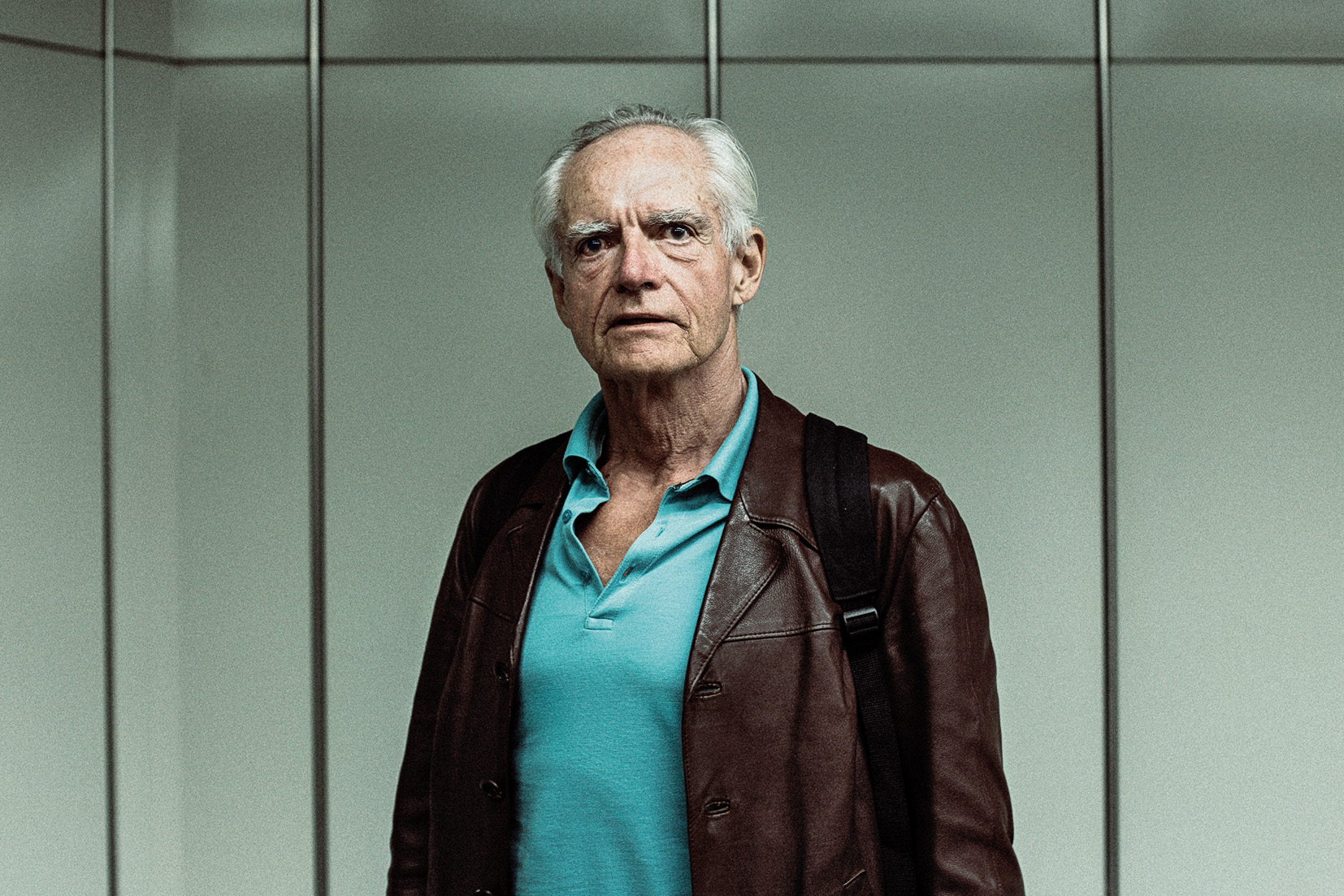