This is my father. I barely know him, and he is my best example of who I don’t want to become. After a life as a “failed” writer, he now lives in the town where he grew up—bitter, alone, and struggling with dementia. I went to visit him, and after a day of driving around with me (which was probably the only social interaction he’d had in months), he passed out in his bed, exhausted.

When I peeked in from the living room, I had the distinct feeling that I was being transported into the future, and I was seeing him lying on his deathbed. I rushed to set up the camera before he’d wake up, hoping he wouldn’t move while I made the twenty-second exposure. I was lucky, and now I have this window through time—a reminder of where I never want to end up, and a reminder that we, eventually, will all end up there in the end. 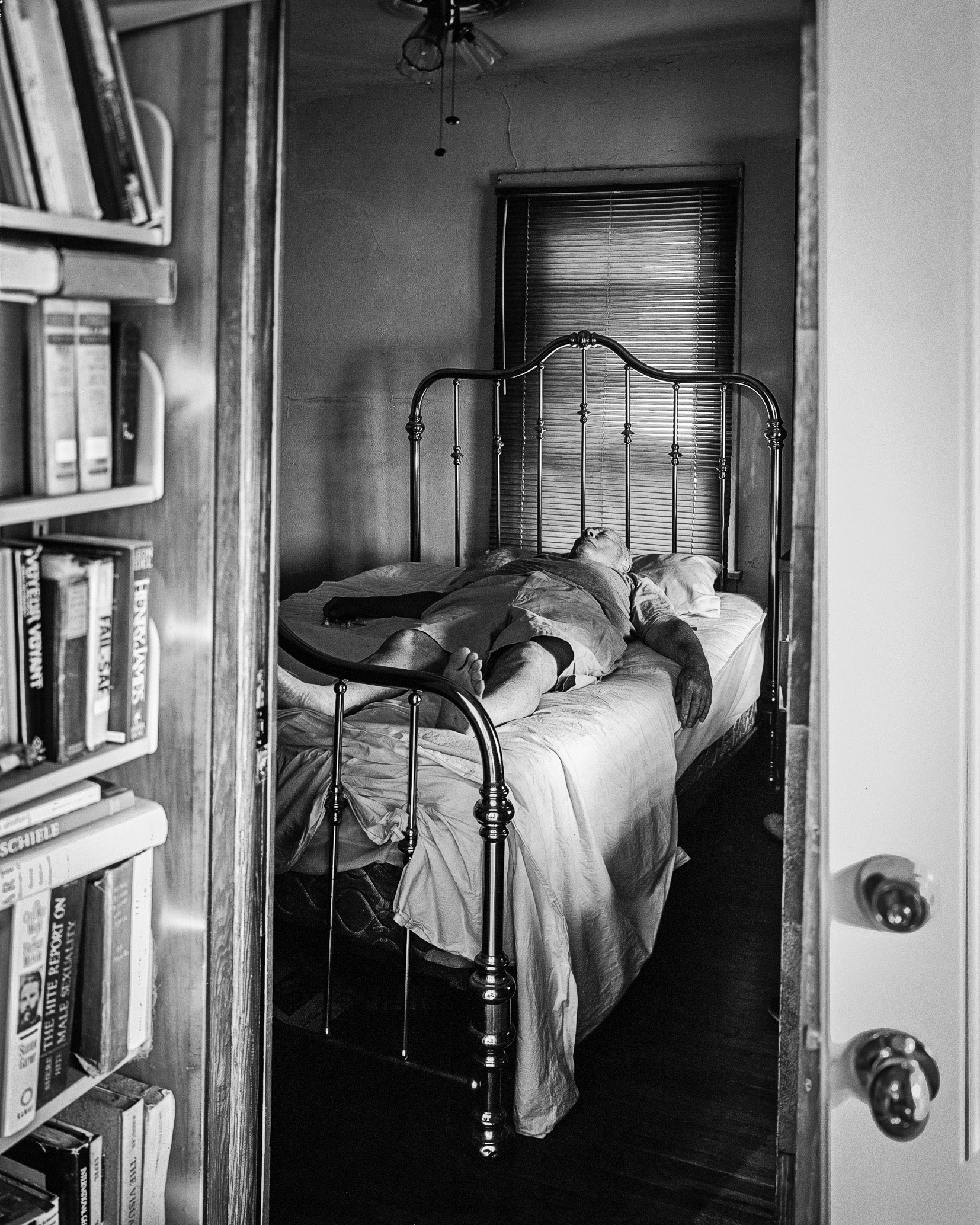