My mom was the principal of my high school in my senior year. However, for my family, my senior year was nowhere near normal. In October, we found out that my father had passed away of a heart attack and had been found on an area on campus where he used to check for trespassers. This shook our family to the core. Exactly eight weeks after we received the news of my father’s passing, my mom was diagnosed with Stage Four lung cancer. She had never smoked a day in her life or done anything to warrant this diagnosis. My winter break and subsequent months would be filled with cancer treatments and the constant fear of becoming an orphan with my older brother and sister. In March, however, after being treated with an experimental form of chemotherapy and changing her diet entirely, my mom was told by her doctor that the unthinkable had happened: her cancer was in remission!

The fight of my senior year led to this picture being taken. My dad traditionally walked my mom off-stage after the graduation ceremony, but since he had passed away, my mom would have to walk alone. After I walked down the aisle myself, I ran back around the gym and waited for the last of my class to walk in order to accompany my mom hand in hand down the aisle so she wouldn’t be alone. This picture tells the story of my family sticking together through thick and thin, and this is probably the most significant moment between my mom and I, who I love dearly, and a year later, is still in remission. 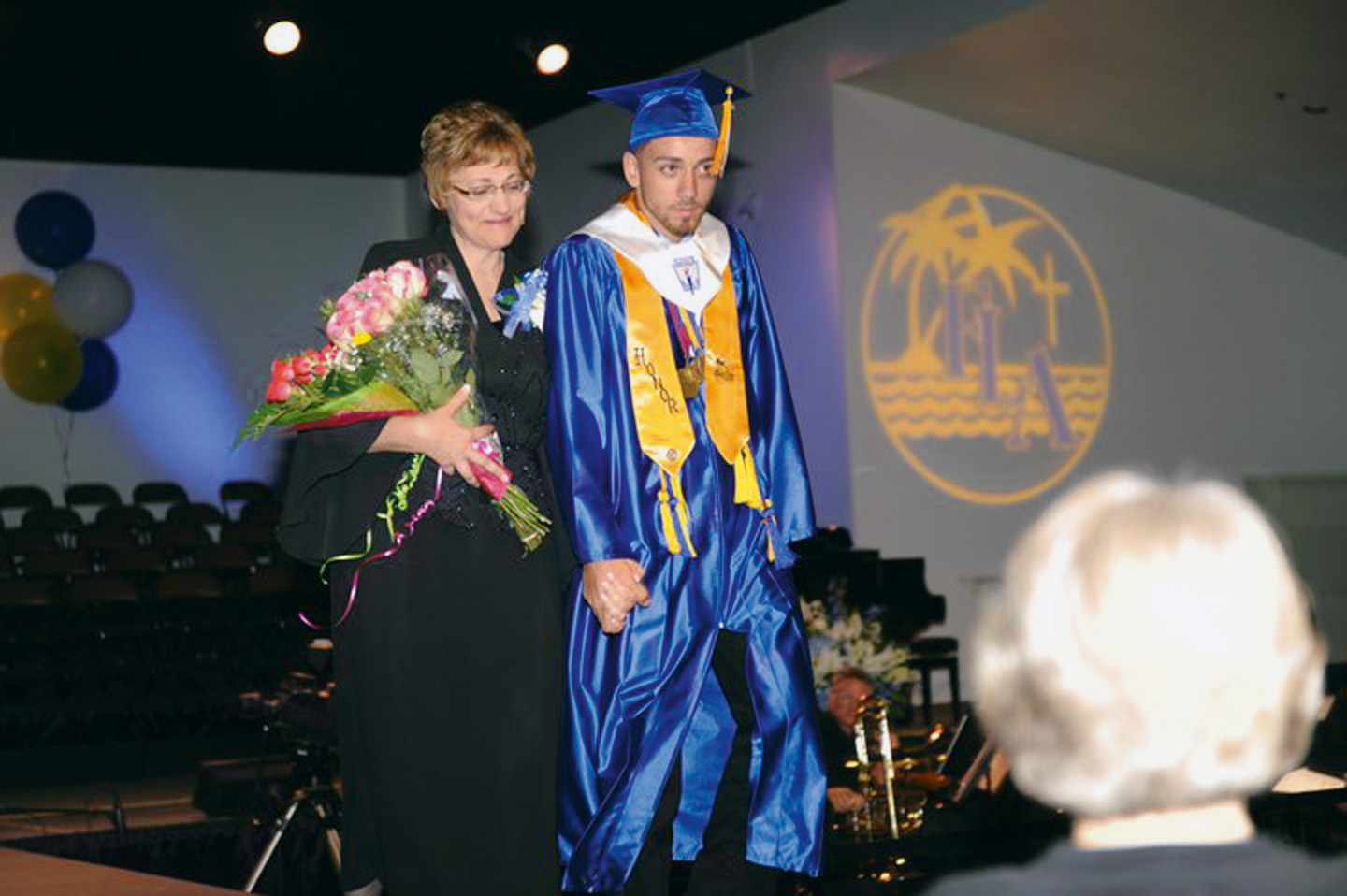