When the meteorite fell in 1954, Ed was 21 years old and stationed in the army in Washington. A colleague of his had read the newspapers that day and told him about it, yet he added that he “couldn’t pronounce the name of the town.” It turned out to be Sylacauga. When Ed called his mother at home to ask about what had happened, he learned that the space rock had targeted, with precision, the house in which he was born; Ed was the son of the Hodges’ landlady, Birdie Guy, who sued the couple for ownership of the meteorite after it fell through the roof and bruised Ann Hodges’ hip.

In the aftermath of the fall, Ed’s mother had a bad reputation with the press. They coined her Greedy Birdie. John, my researcher friend, has a different opinion: she was a pragmatic woman who wanted to use the money to repair the hole in the roof, and she wasn’t known for her diplomacy. Ed showed me the remnants of the house’s foundation, a discarded brick pile which was still out there in the undergrowth. The house had burnt down in 1998.

Likewise Ed’s house had seen better days. There were goldfish in the swimming pool. A disco ball was hanging above a living room which had been used as a dancefloor decades ago. Out of purpose now, the dusty globe had become part of a personal museum in which hand written notes were stuck to the kitchen cupboards: Don’t forget to take your medicine. Ed took me for a ride in his red sports car. He had it move like a snail and insisted I would wear a seatbelt. Every morning he drove it to the senior home and to the restaurant later in the day to meet some other friends. Then he went back home, put up his pillow, and spent the evening watching TV.

Ed spoke lovingly of his mum. She used to be conservative, tight on the money, but a good mother. I noticed a framed photograph of a young mother Birdie on Ed’s drawer. She looked pretty. Young man, I better not see you going there, she warned him when the Comet drive-in theatre took up business just around the corner from the Hodges’ property. Places like these had a reputation; one of couples fooling around, enjoying beer and cigarettes. Teenage Ed worked his way around his mother’s rules by taking up employment there. After all, no mother would complain about her son earning his own money, right?

We were standing at the spot where Ed was born, and where the meteorite had touched ground 21 years later. The house was now replaced by two trailers, three cats, three dogs, and a hill with fire ants. Be careful, he warned, making a pinching gesture with his fingers: They bite. Ed was an attentive man and always worried about my well-being. I wanted to know more about his adventures when he was younger. You should go scuba diving one day, he recommended, as this was one of his fondest memories. He described the beauty of the corals. Do you feel at peace? I asked him. Are you happy now, in this small town? Don’t you feel restless? — My head is full of good memories, he replied, I’m happy.

The time spent with Ed already has its place among my most precious memories. I am sad that he is gone now. He was not wearing a seatbelt when he collided with another car on an early January morning in 2014. 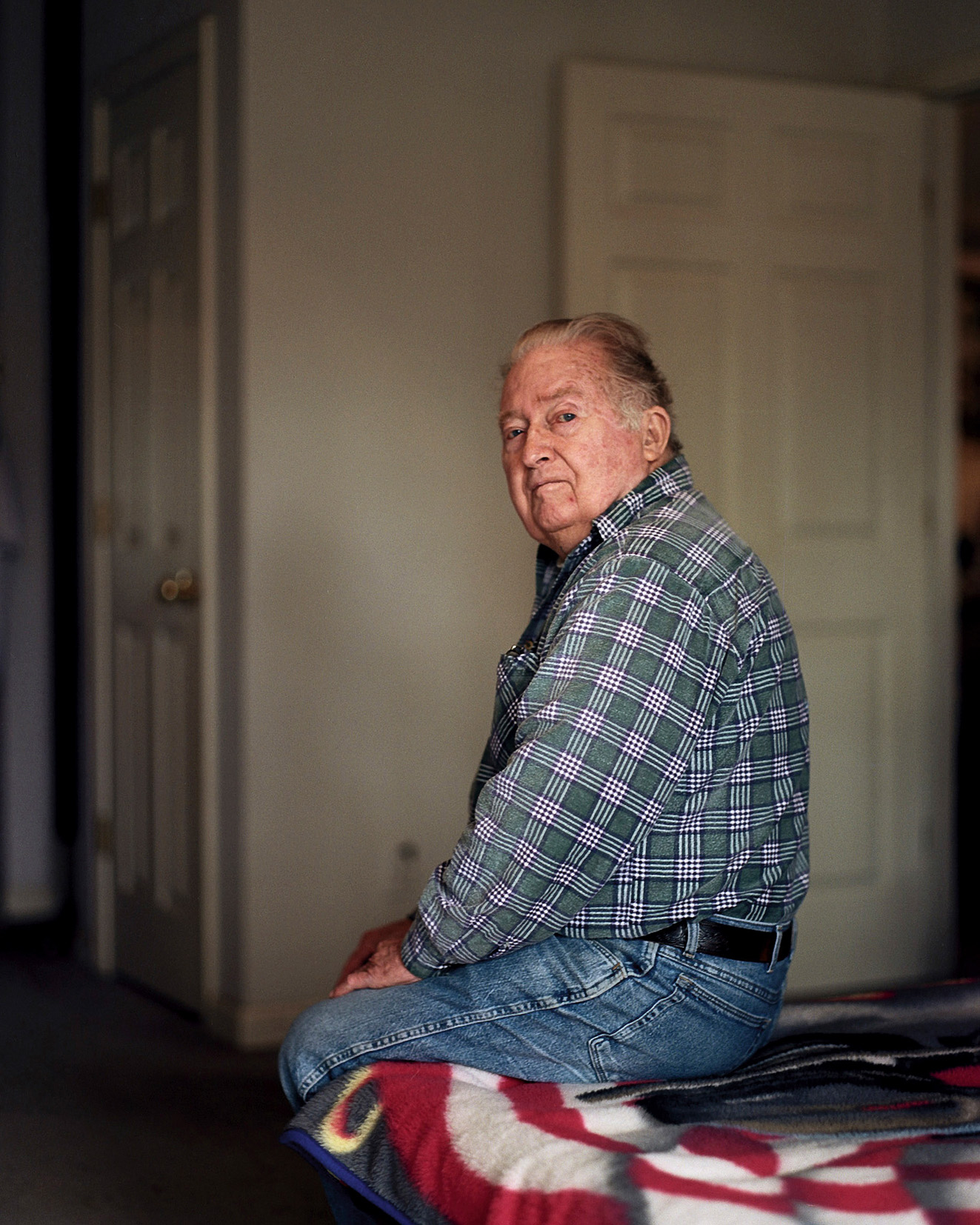