Danielle and I had pretty much known each other since day one. Our mothers gave birth to us on the same day. And with us growing up in Black Bear Commune, we never really spent a day apart. It was only during my hormonal teenage years that I found having a girl as a best friend difficult.

At 18 I moved away to study art, and the outside world, drugs, and alcohol soon became more interesting to me than being at Black Bear. Danielle, too, drifted away. I was not as attractive as the guys who took an interest in her. I soon became her nerd friend, tagging along just to be the butt of the jokes.

It wasn’t until years later that we finally found each other again. Our common interest in psychedelics made life trouble-free and a whole lot of fun. One night on a road trip and hike in Temecula we stumbled upon a recently abandoned house that was once frequented by pot growers. We spent the entire weekend smoking ourselves into oblivion. The black and white image was shot with my Nikon F3. Danielle had the munchies and was set out to demolish the pomegranates that were the last road snacks we had left. 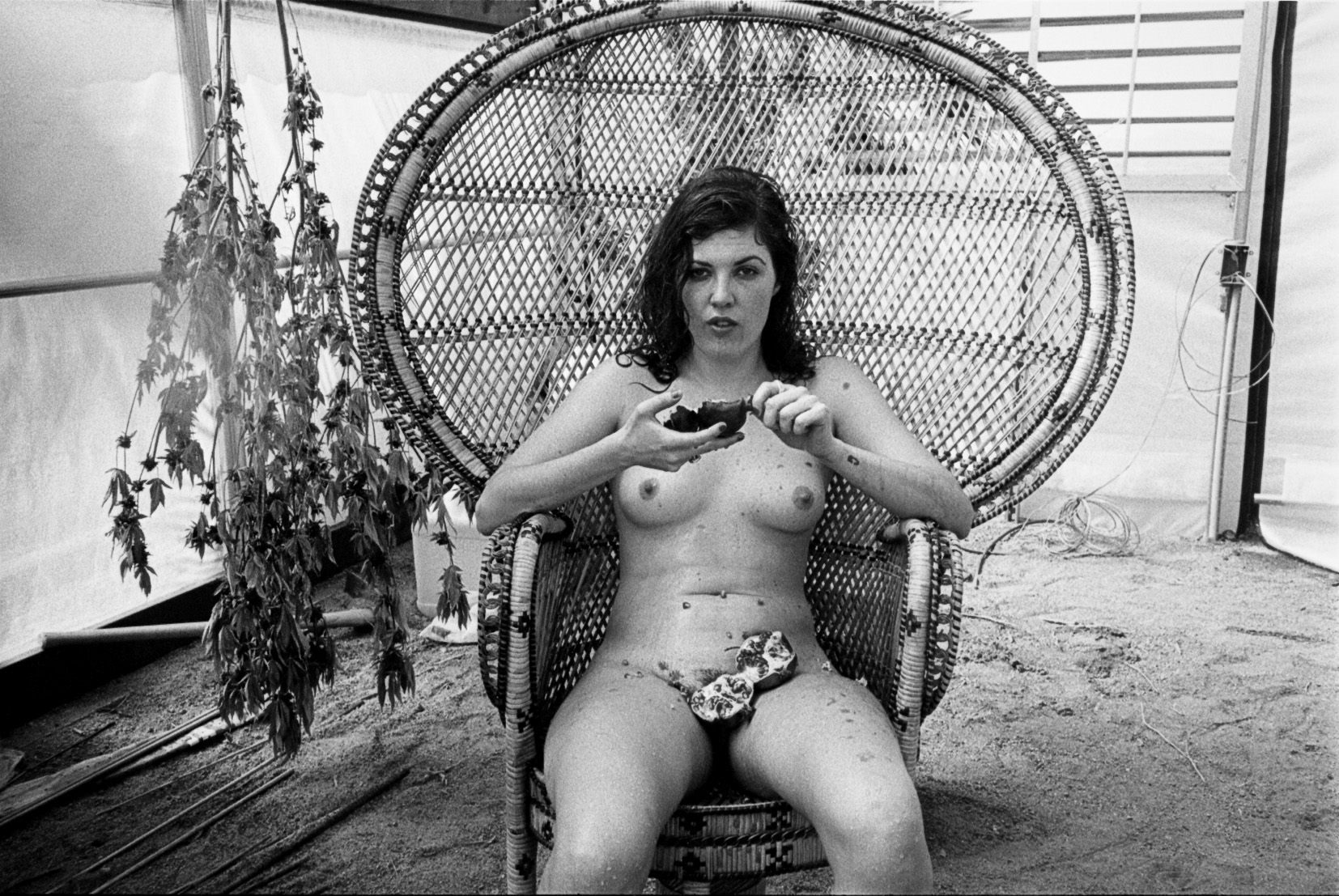