This picture was never exhibited or printed or shown in any way, but it is one of my overall favorite images. My godson Levin had just learned to crawl and was very excited about his new freedom. I wanted to somehow catch his excitement and make him fly in the sky like Peter Pan or a Roman Putto. In this picture I am holding him in the air myself, as my assistant wasn't tall and strong enough, and she took the image according to my sketches. We took the photo on a playground just outside my home, whilst on babysitting duty. Levin was giggling and gasping with laughter, he really enjoyed the flight. His dad, who is also my best friend, was shocked when he saw it - he thought I actually threw Levin so high in the air. 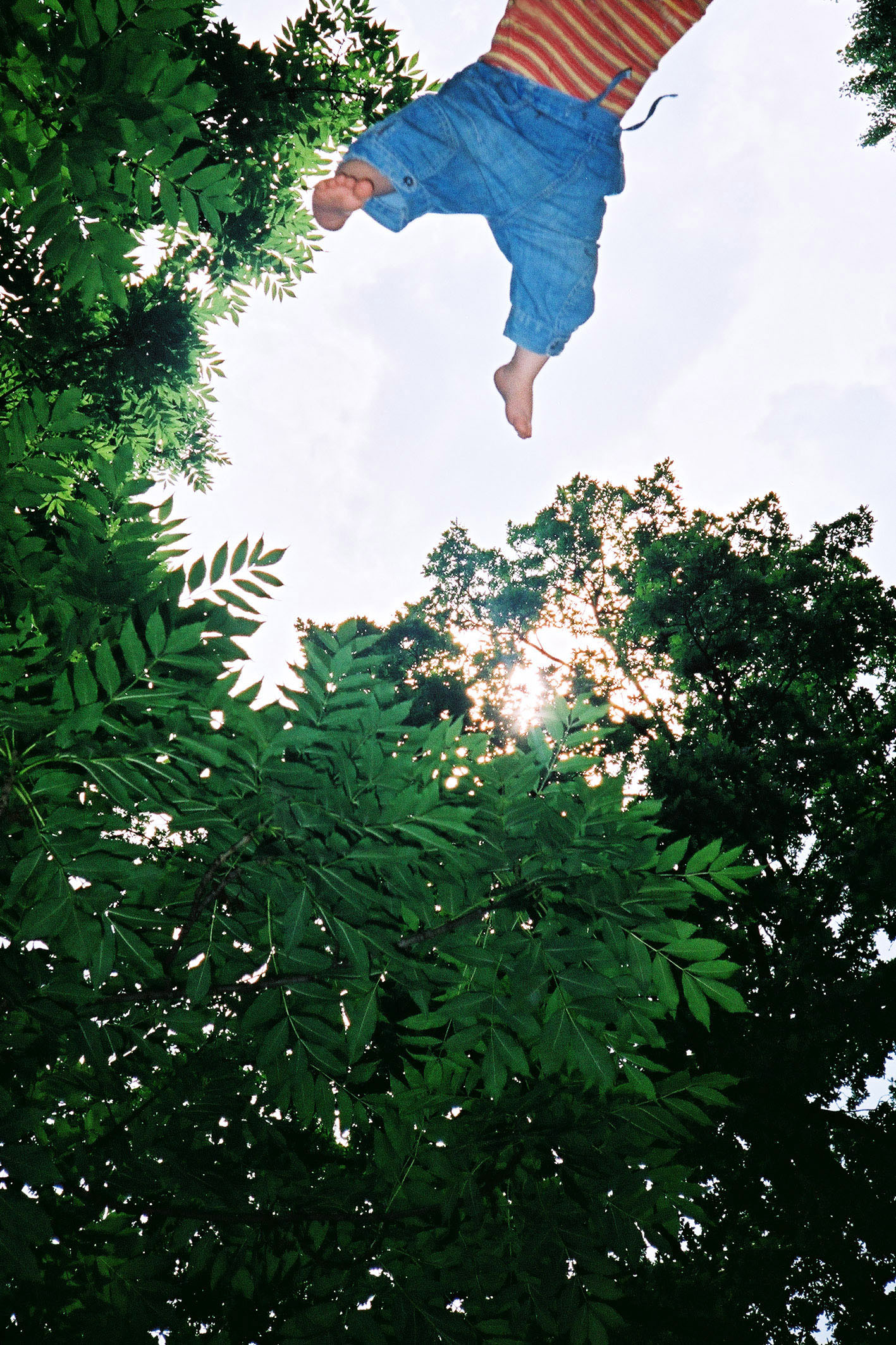