I can’t say if I’ve ever seen a Snow Bunting, back when bird-spotting was still a childhood hobby or in the many years since. I came across this small discarded stand for a taxidermy bird in a museum storeroom, making the first tentative steps towards what would become a two-year body of work for my masters degree — the reason I’d eventually left the West Country for London and the one stability I had left. I was becoming someone different, someone separated from the place, the relationships, and the faith I’d grown up with and understood myself through.

This fragile and forgotten object struck something in me, and I spent the next two years continually coming back to it, trying to find in an image something of what that object meant for me in life, of the little bird somehow separated from its name — a name that no longer directly illustrates, but instead tries to recall, tries to contain something uncontainable. 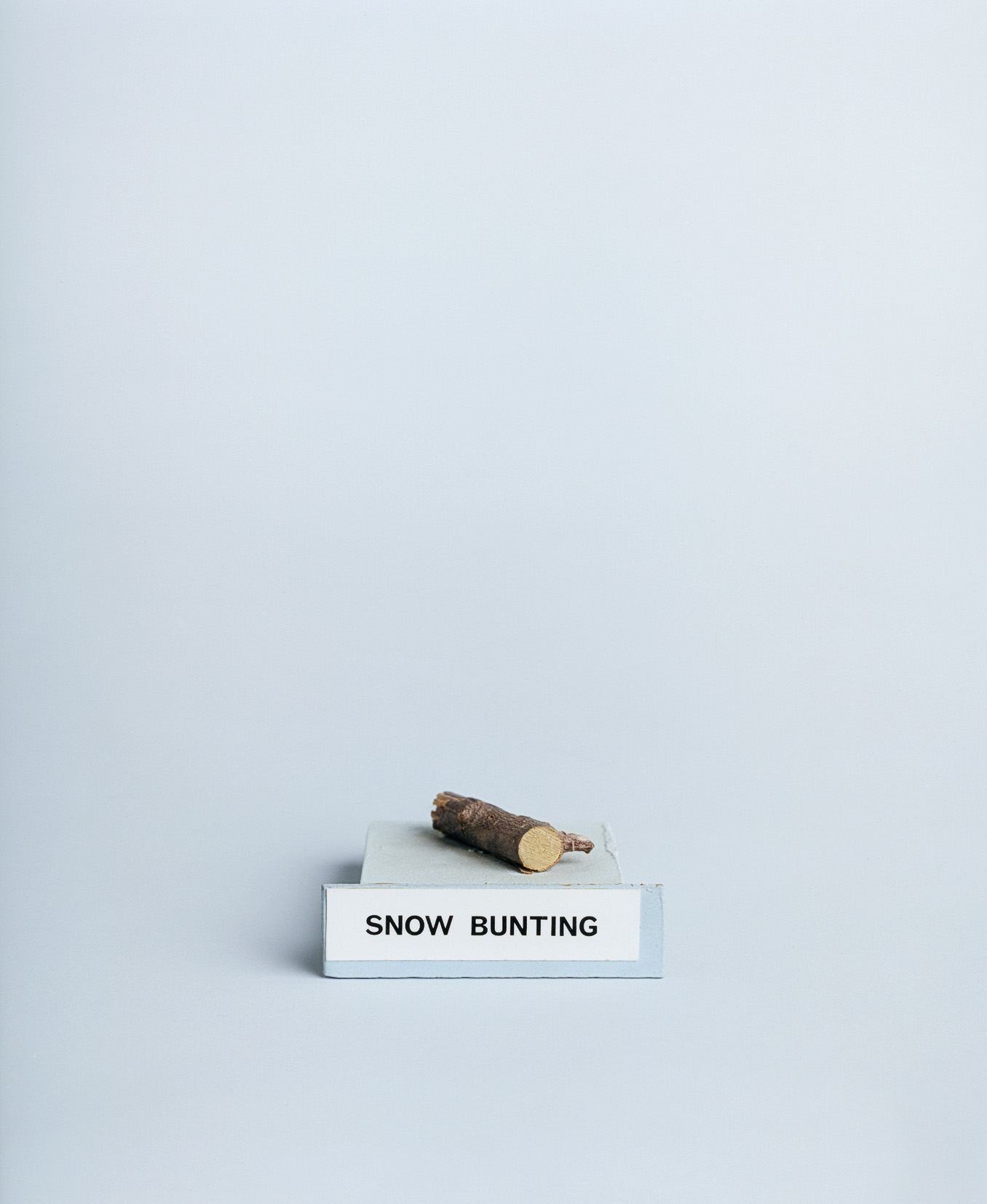