I slept in my car for a week while visiting a photo festival in Arles, France. There was this guy just across my parking spot, standing on his tiny balcony in his shirt and underwear. He was chain-smoking, peering down the street. I got into my car to sleep, and it was a bit awkward, because he was watching. I hoped he wouldn’t call the cops on me. I woke up several times during that night, and every time he was still standing there, lurking and smoking. At one point he was completely naked. He was still there in the morning, still smoking, still looking up and down the street. He was covered in a blanket and looked tired.

I wonder what kept him up that night, if he suffered from insomnia or if he was worried or concerned about something. I planned on taking a series of pictures of him, covertly out of my car, throughout the following nights. But it was the first and last time I saw him. 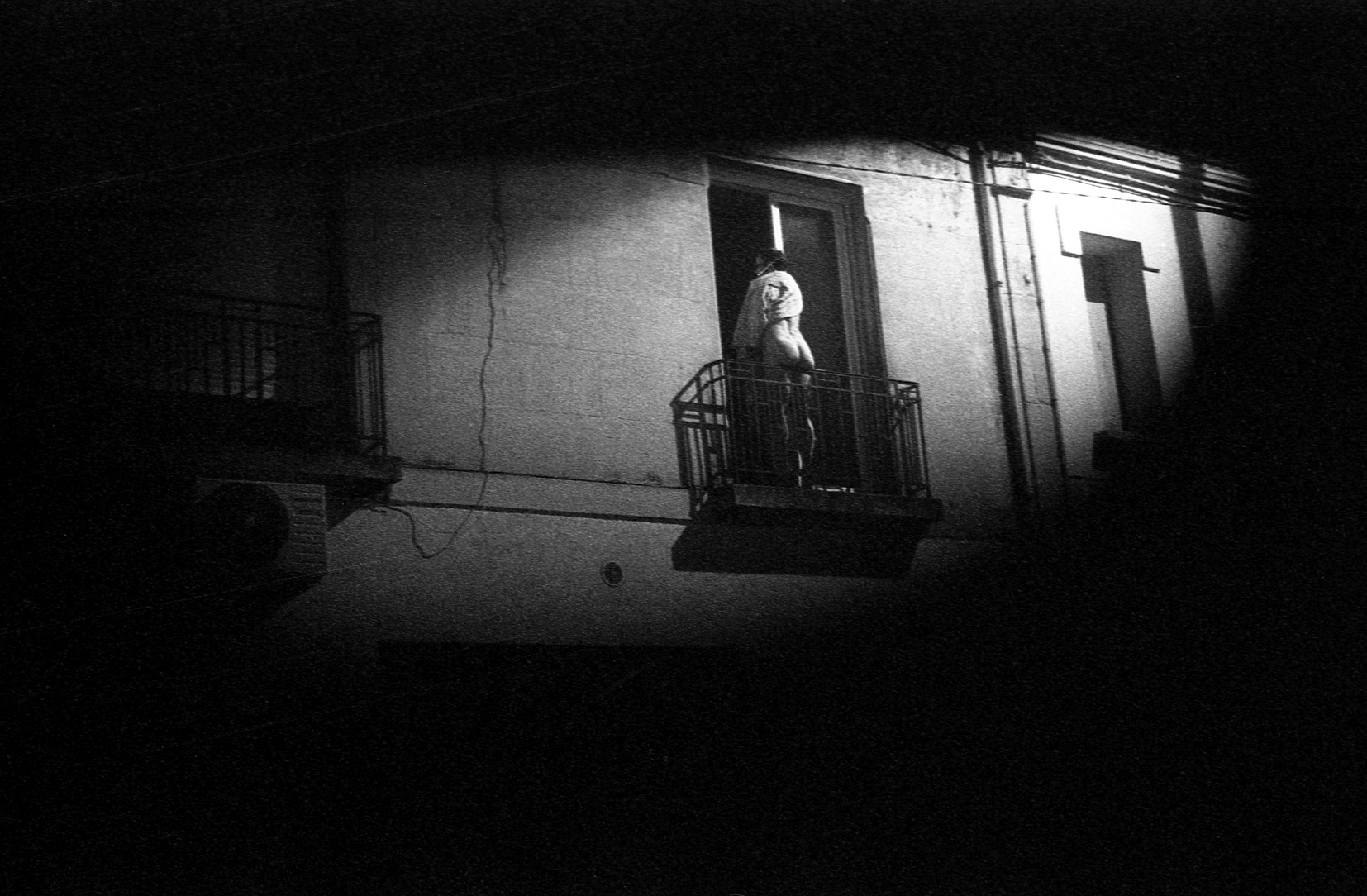