Rocky was lying in an expanse of cool heavy blood, dying on concrete sand and a shimmering of broken glass that looked like seashells. Some girl yelled, pleaded, indignantly, “Why the fuck yawl shoot him?” We were outside Tim’s Donut Shop. The sun was shining.

Soft and smiling, we waited beside the hospital bed looking longingly at Rocky as he left his body. He was eager to be a man, a strong black man who took care of his family. He used to say he felt trapped in his becoming, always with his hands up, both statuesque and stuck.

Rocky was shot more than once outside of Pebbles and Bam Bam Grocery store. At these kinds of places, where if someone wanted to, they could buy a pair of counterfeit Nike Air Force One sneakers or get a haircut.

Sitting beside a pale blue hospital bed surrounded by gleaming metal monitors, his family looked on. The scene was unbearable. Alive, I was certain Jesus would return white with no grey hairs, as promised, before Rocky’s mother shed a tear over losing him. There she was, weak despite her strength, coping, immaculate and glowing, adorned by the grace of God, wearing purple. Her signature elephant pin in the spot it had always been. One doctor whispered to another, “The police shot him…”

Rocky wasn’t smart. Rocky wasn’t the leader of our generation. Rocky had no plans for the world. He was black, young, male, and unrelenting. He argued and fought with his fists, his family, and the world. I remember seeing it all, slowed and in reverse. Someone across the street watched and gasped as Rocky’s back pressed against the wall, smearing blood on a Newport cigarette advertisement.

The instant, immature death, the way it over-hauled Rocky to another version of himself, scared me. I looked at photographs to remember him, and the face became more welcoming, the eyes more saccharine. We had laughed with him: I remembered his over- worn clothes, the piles of books he read, things he paid for but threw away in fits of rage.

In some weird way, Rocky became a beacon of hope that wasn’t made of light. He was a dark teacher. I placed stones in my memory as placeholders so that I could never forget what happened to him, and the lessons it taught us. 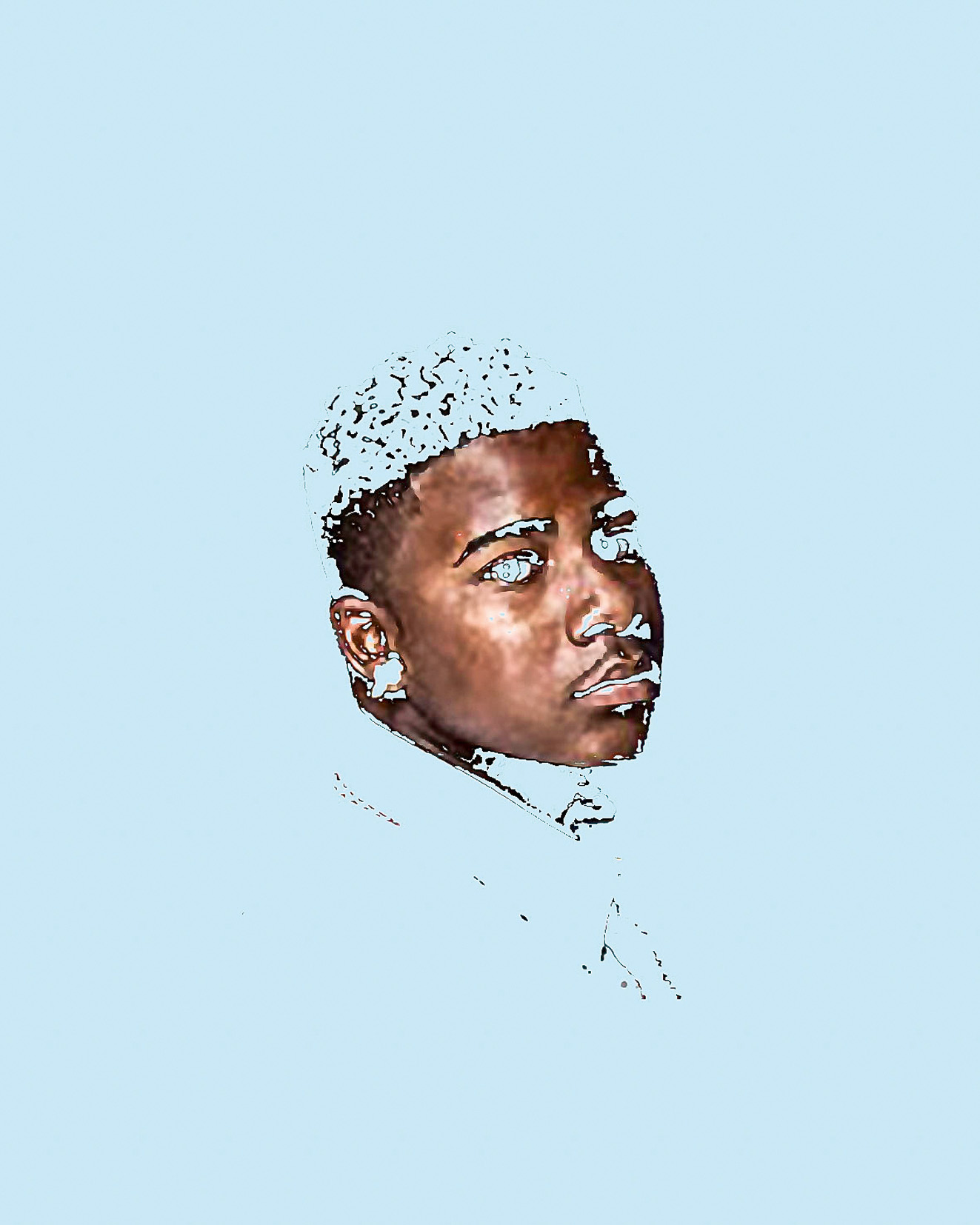