I walked on this beach by the sea when I was thirteen. Songs by Portishead and the Cranberries were in my head. I just learned about Andy Warhol and Edie Sedgwick in art class, so those two were there as well. I wore frayed Levi shorts, thrifted from a Salvation Army in Santa Maria. I proudly embroidered a pink, blue, and yellow peace sign on them with my own two hands. When a girl at church asked if I made them, I replied in shame, “No!”

That was after the shelter where my mother, my brothers and I stayed in one room until we found a place to live. She had left my dad for the fourth, fifth, the sixth time? I lost count, but I promised her that I would run away if she didn’t make a decision whether to stay with him or leave. After all, getting hit wasn’t the worse of it. My mom drove me to Pismo Beach to walk along the sandy beach, to escape the sun and drift in the fog. I knew that I was alright at Pismo Beach with my Vans and frayed shorts that made me feel like a hippie, free, you know? And when we finally found an apartment and went to church every Sunday, they laughed at my shorts, so yes, hence the shame. And when we left California to go to a small town near Penn State, Pennsylvania, they laughed at my suede tan Vans and the thrifted jeans that I would patch with smiley faces because they made me feel like Jimi Hendrix. And I felt ashamed of my love for my daydreams of the 1960s, hippies, violet hair, and black nail polish. I longed for Pismo Beach, the sea that you see in this photograph. I understood because this is where my heart fell out one day. I guess I didn’t feel as ashamed as they did, because they shot heroin up their veins. I left, went to college, and moved to New York.

Fifteen years later I returned to Pismo Beach. I returned with my true love. I swam in the ocean and found my heart. We drove down the highway, past Los Angeles towards Las Vegas. It’s great to find your heart again, even if it’s lost at sea. 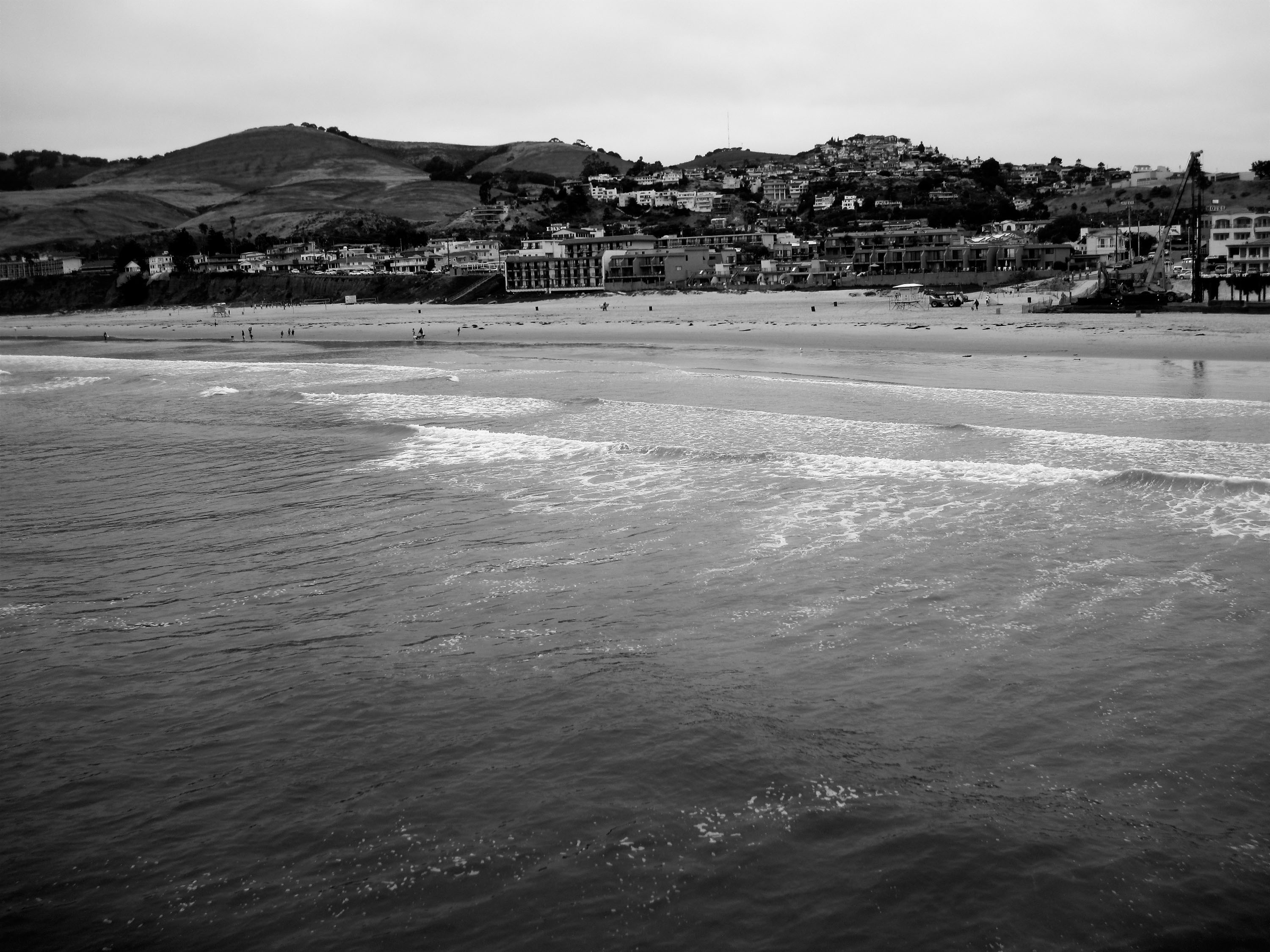